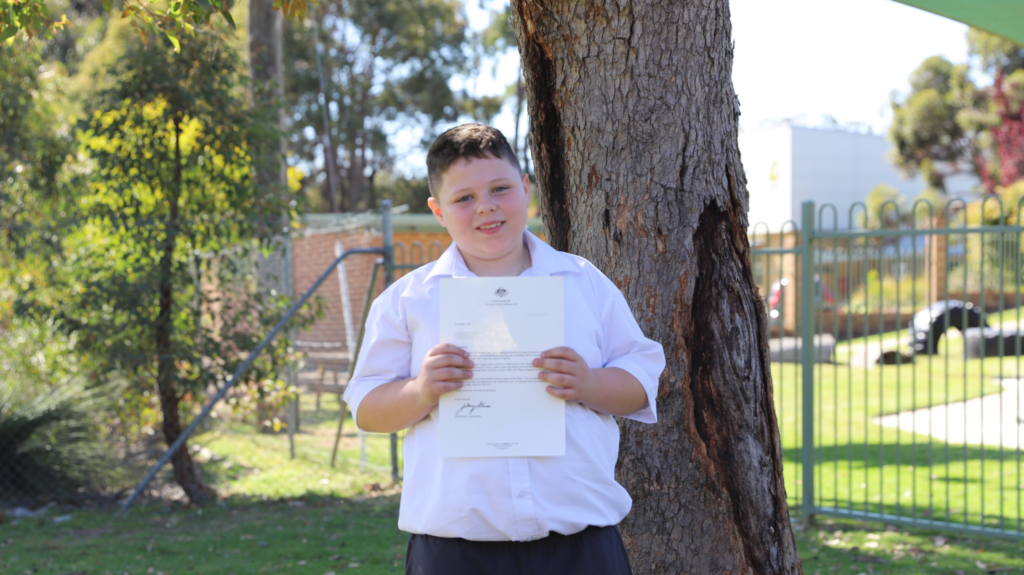 Lincoln (Y3), was inspired by his rich family history to create his very own symbolic flag design, which he sent with a letter to the Prime Minister, and a few weeks ago received a letter of commendation in return from Mr Anthony Albanese.

The flag design is described as incorporating a Union Jack in honour of Queen Elizabeth II, the stars of America as an ode to his Great Grandparents, and Aboriginal designs as a proud person of the ‘Yamatji’ people.

“My Great Grandad (Lieutenant Colin Joseph McCarthy) was shot twice on the Kokoda track during WWII and was honoured with two mentions of dispatch for bravery on the battlefield. One of the shots led to him being told he would never walk again, however, this was unacceptable to Grandad who set out to teach himself to beat the odds and not only walked again but served as a training officer until he was cleared to return to his men again on the Kokoda track. My Great Nanna enlisted for overseas duty (Sgt Minna (Bobbie) Louisa May O’Berg), and the very next day was stationed in the Solomon Islands as a nurse and was almost taken captive. Both would never speak of their time in service but would only say “Thank the Good Lord for both God and the American’s” as it was the Americans who came to both their aide and fought side by side with them.”

Lincoln has been taught to take pride in Jesus and his family, and have gratitude for our allied nation, along with his heritage and pride of being an Aboriginal person of Australia. He combined all these things into one incredible drawing and included a note to the Prime Minister, which he composed, explaining the raw truth of his design. 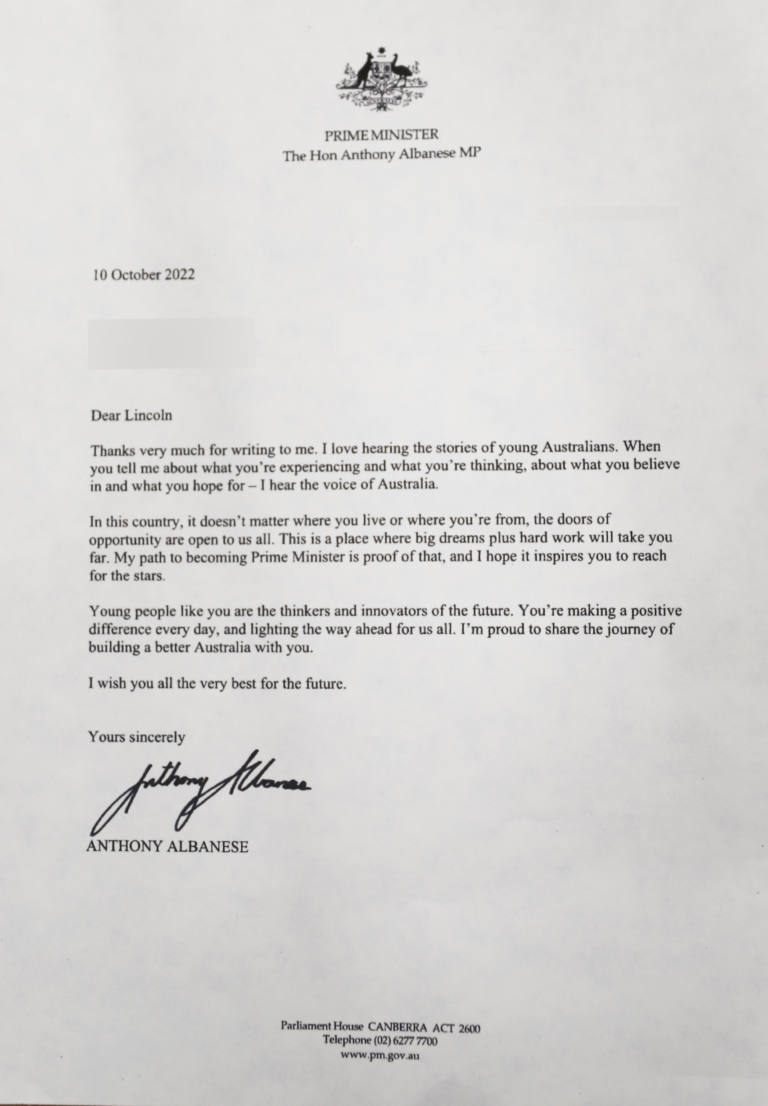