Imaginations were engaged through play and asking questions during an excursion to SciTech by our Kindy and Pre Primary classes last week. Students were encouraged to make observatoins and predictions about the uses of exhibits based on size, shape and materials. The groups attended an introductory science-based puppet show called “A Fishy Problem" which introduces the idea of maths, logic and observation being used to solve problems. It also introduced the concept of being an audience member.

Students spent time exploring the Exhibit Area and Discoverland Play as well and we were encouraged to see them positively and happily engaging with others in their class during their explorations. 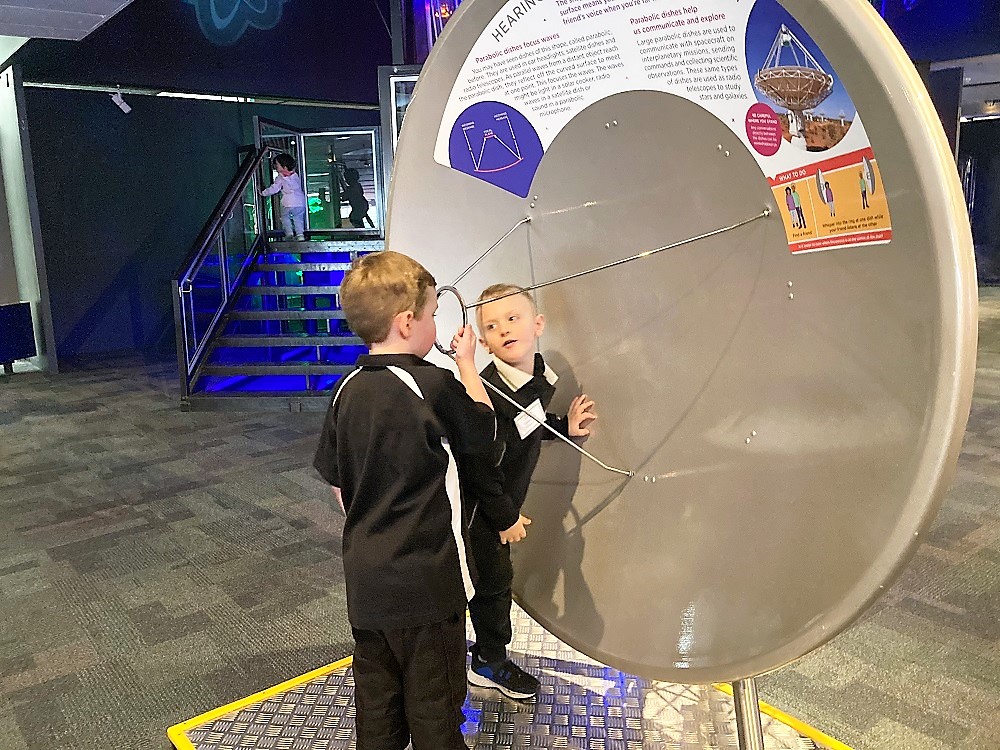